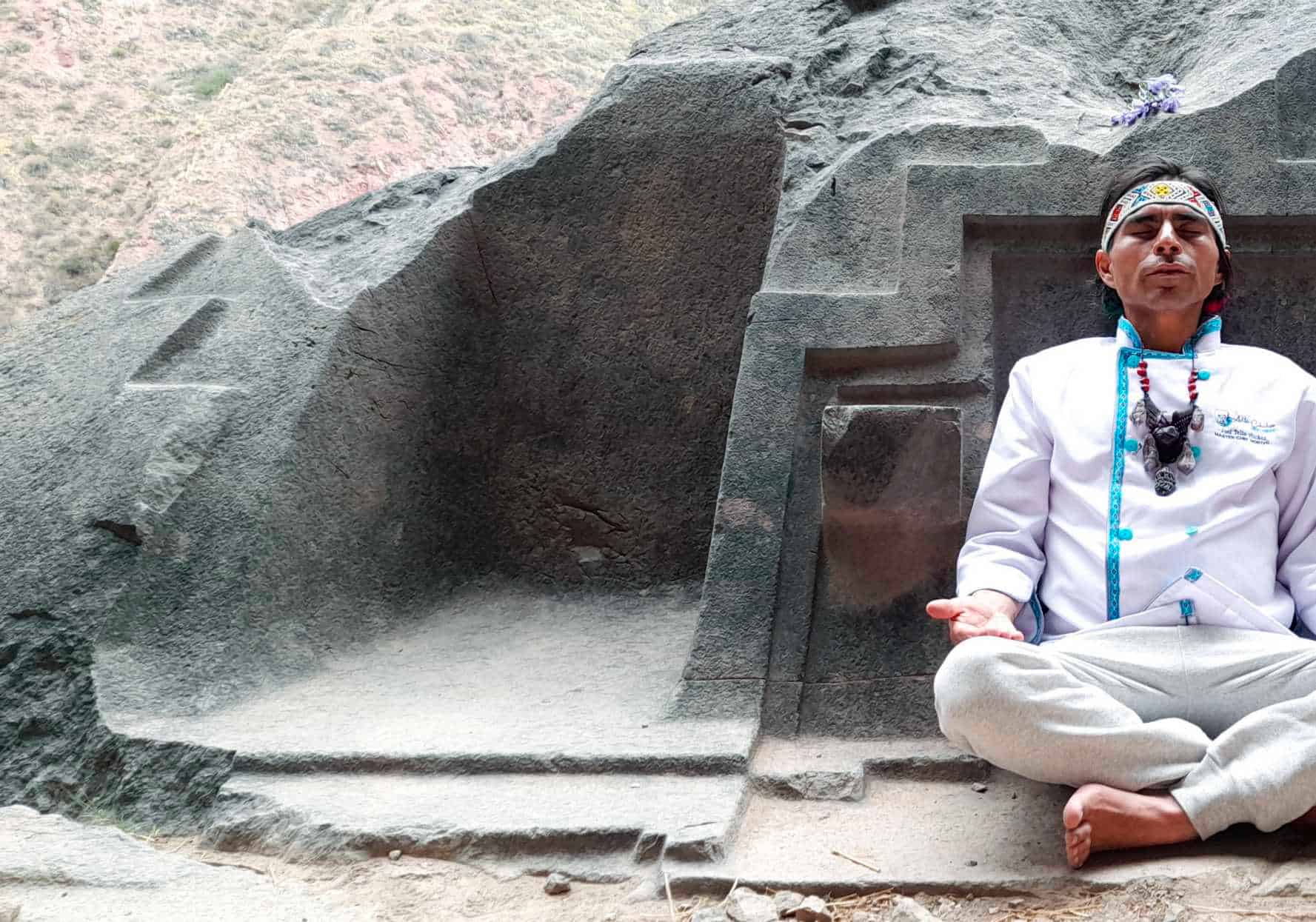 He was born in Trujillo on June 18th, 1980 and grew up in the bosom of a country Family. From a young age he felt his vocation for the culinary arts, listening to his own instincts. Thus, he started his studies of Restaurant and Bar at the European Union School “CEFOP”, specializing in the world of cooking and so breaking through to what was to come.

After some time, he journeyed the coast, highlands, and jungle of Peru with the purpose of getting to know in a deeper way the traditional cuisine of the country where he was born. It was 16 months in which he confirmed that the gastronomic customs do not live by themselves, but they take part of diverse cultures, each and every one with their wealth, techniques and peculiarities which make a dish tell stories and heal the hearts.

By the end of year 2002 he arrived in the city of Cusco, the capital of the Inka Empire. The beauty of its architecture, archaeological remains, the mystical, magical energetic environment and its surrounding nature made Joel Tello fall in love with it, to the point of deciding to start a new phase of his life in Cusco, the “navel of the world”.

With the support of the Regional Directorate of Foreign Trade and Tourism, DIRCETUR CUSCO, he organized different gastronomic presentations, helping to enhance the traditional cooking of Peru in this city. As of this special dedication he decided to create a new gastronomic trend which he would call Inka Energetic Cuisine.

By the year 2004, Joel Tello, being very creative and passionate for cooking, he would take his research and knowledge sharing one step further by starting an international tour of 36 months through 9 countries in South America with the main purpose of writing the book titled “ESSENCE OF PERU AND HUMANKIND”, a project that in its origins was titled New Flavors of Latin America. He visited Brazil, Colombia, Ecuador, Peru, Chile, Argentina, Uruguay, Paraguay, and Bolivia. During this round he tasted new flavors, he felt different aromas and sensations, he learned ancestral energetic healing techniques from different beautiful magical places in the continent.

During this journey of discovery, Joel performed his first ceremonies of physical, mind, energetic and spiritual healing with natural medicines such as Ayahuasca, San Pedro as well as the Inka Energetic Meditation.

The experiences he lived helped his heart, body, mind, spirit, and soul to heal and purify, connecting him with his divine essence and awakening his Inner Master, whom we all carry inside. By the end of 2007 he returned to the city of Cusco, where he continued deepening his research on Inka Energetic Cooking, Medicinal Plants and Ancestral Energy Healing Techniques.

What started as a passion for gastronomy continued to enrich with the passing of the years and the experiences lived, with the desire to help humankind and leave a positive trace. With great enthusiasm he opens the Peru Cultural Complex and the INKA’S SONQO Healing Center, the Center for Natural Healing PORTAL OF LIGHT, the PACHAMAMA PERU MUSEUM, with an exposition of more than 250 medicinal plants, as well as the Peruvian Restaurant ALTAR CEBICHERO, Restobar Lookout INKA VIEW and the films production company SONQO FILMS.

In order to finish his literary work “ESSENCE OF PERU AND HUMANKIND”, Joel Tello carried out a research and self-discovery work of around 2 decades. In all this time he learned very well the noble art of Inka Energetic Cooking, Medicinal Plants and Ancestral Energy Healing Techniques, in the course of his life path he helped to heal people from all over the world.